The work of Jean Guichard is an invitation to get to know better the lighthouses of the world, their history and their current events. Here are some tracks - readings and Internet sites - chosen to help you understand. For the world of lighthouses is complex and the quality of the information is uneven.

At the beginning of the XIXth century, the use of compound lense devices was a real revolution in the history of maritime signalling. With the main figure of Augustin Fresnel, France and its engineers occupied a central place in the contemporary history of lighthouses. Numerous books recount this (see the " Bibliothèque des phares ", heading "histoire"), in particular the voluminous Phares, published by Chasse-Marée. Also discover the history of the Lighthouses Commission and the engineers of the Departments of civil engineering who made a career in the service of lighthouses service Au service des phares (Presses Universitaires de Rennes). It is useful to also consult with the same editor Gardiens de phare, the history of lighthouse Guards , by Jean-Christophe Fichou. You can also discover l'histoire des phares français (history of French Lighthouses) on the internet site of the national School of the Departments of civil engineering Ecole nationale des Ponts et Chaussées.

History of a lighthouse

If you are looking for information about a particular lighthouse , there are two reliable data bases. The site of the historian Jean-Christophe Fichou, Phares de France , permits you to discover the history of each lighthouse, thanks to explanatory notes and sketches. You can also check Inventaire des grands phares du littoral français , written by Francis Dreyer for the Equipment and Arts ministries. 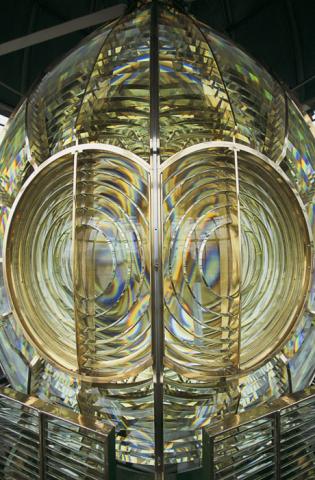 With Cordouan, the island of Ouessant is the second "key" destination which deserves a trip. To go on the island, take the boat in Brest (company Penn Ar Bed), you will pass on your way the lighthouses of Petit-Minou, Saint-Mathieu, Kéréon on arrival to the port of Stiff, you will discover a magnificent XVIIth century lighthouse, soon to be classified as an historical Monumenent.You will then cross the village of Lampaul to go to the Point of Pern, where the museum of lighthouses le musée des phares, is installed in the lighthouse of Créac' h since the 1990s.

There are numerous museums worldwide, often situated in lighthouses, as the museum of Scotish lighthouses at Kinnaird Head ( Scotland) or the museum situated in the very beautiful area of Lindesnes, in the South of Norway. You will find the landscapes and atmospheres of Jean Guichard's photos there. 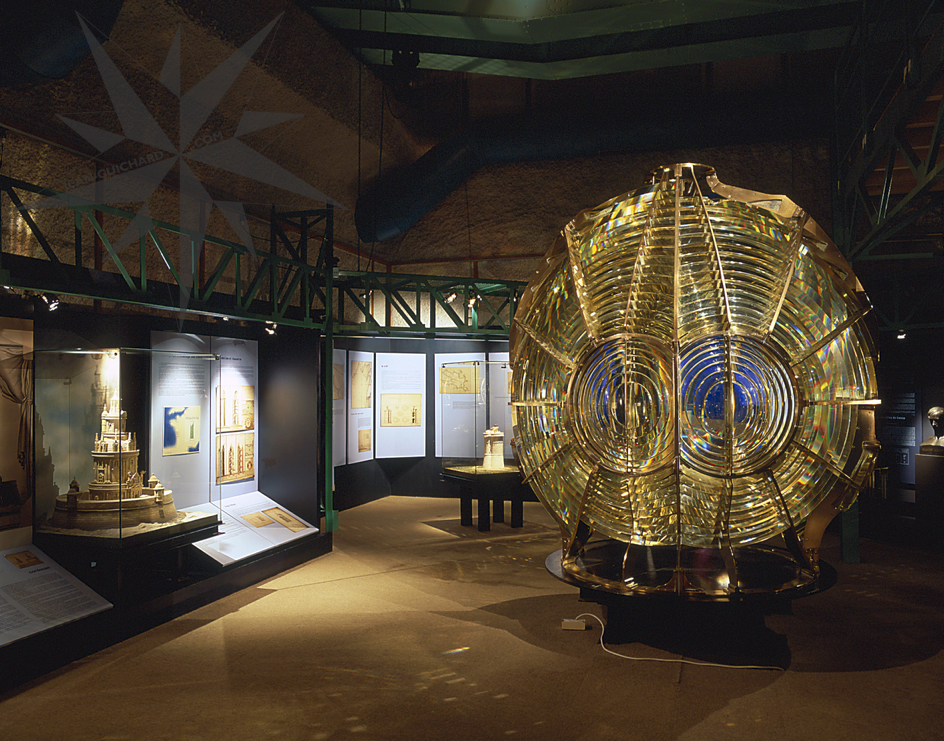 To obtain information about foreign lighthouses, the best solution is often to go on the internet site of the service in charge of their management. The International Association of Maritine Aids to Navigation and Lighthouse Authorities groups together the services of the lighthouses throughout the world, and they will give you the necessary contacts. The services of the lighthouses of the British islands - Trinity House in England, Northern Lighthouse Board in Scotland, the Commissioners of Irish Lights in Ireland - offer remarkable historical columns. You will find information about the lighthouses of the Scandinavian countries on the sites of their maritime administrations, for example in Iceland ( Lighthouse in Icelandic is Vitar ) and in Finland (lighthouse in Finnish is majakat). Let us note finally an excellent site on German lighthouses www.leuchttuerme.net ).

In Canada and in the United States, lighthouses are managed by coast guards. Their sites have a historical section dedicated to the history of these forces, should they be civil or military, who carry out missions of surveillance and rescue:

www.uscg.mil for the american Coast Guards

The United States provide a very big number of Internet sites dedicated to lighthouses. We advise Lighthouse Directory, a very complete site hosted by the University of North Carolina. And, for the lighthouses of New England, the site of Jeremy d'Entremont, New England Lighthouses. A virtual tour.